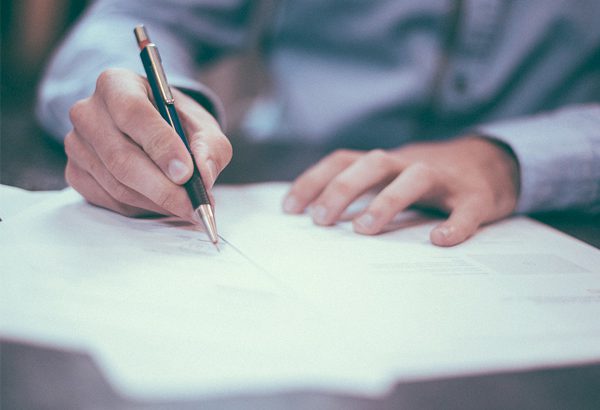 Pre-nuptial Agreements (pre-nups) have, once again, found themselves under the legal spotlight at the Court of Appeal. In a Judgment, delivered in December 2018, during the case of Brack v Brack, the Court of Appeal considered, amongst other things, the correct approach to be taken by Judges when dealing with an effective pre-nup – albeit one that does not provide for the financially weaker party’s needs.

Whilst parties cannot, with certainty, oust the jurisdiction of the Family Court to make financial orders upon divorce – post-Radmacher v Granatino (a Supreme Court case heard in 2010) the court should give effect to a nuptial agreement that is freely entered into by each party with the full appreciation of its implications, unless in the present circumstances it would not be ‘fair’ to hold the parties to their agreement.

As a result of Radmacher v Granatino, assuming that the pre-nup has been entered into without undue influence/pressure; both parties have obtained independent legal advice and intend for the pre-nup to be binding; and there has been financial disclosure, a court would usually be unwilling to interfere with the terms of the pre-nup so long as the pre-nup was ‘fair’ i.e. it met the needs of the parties and did not, for example, prejudice the reasonable requirements of any children of the family (the court’s first consideration).

So, what happens if a pre-nup is held to be unfair i.e. because it does not meet the financially weaker party’s needs? The court in Brack v Brack faced this question. At first instance, the Judge found the pre-nup to be a valid agreement entered into between the parties with no vitiating factors (i.e. duress; undue influence etc.) However, as the pre-nup did not provide for the wife’s needs (fairness), the court had to decide what financial order to make in favour of the wife as opposed to following the pre-nup. The Judge’s interpretation of the law was that, having found there to be a valid pre-nup, he would be limited to approaching the case on what the wife needs as by entering into the pre-nup the wife had contracted out of her sharing claim (the principle that whatever has been built up during the marriage should, on the face of it, be divided 50/50).

In our view, the Judge’s interpretation seemed to follow the approach since adopted by the profession following on from Radmacher. Indeed the Court of Appeal noted that since Radmacher and up to an including the High Court case of KA v MA (in April 2018) ‘the courts at first instance have resolved cases where there is a valid prenuptial agreement which does not meet the needs of the wife by interfering with the agreement only to the extent necessary to ensure that those needs are satisfied.’

In KA v MA, although the Judge awarded the wife more than she would have received under the pre-nup, the Judge found that a fair assessment of the wife’s needs (i.e. her housing and income needs) must reflect the fact that the wife agreed to restrict her financial claims in the event of divorce by entering into the pre-nup in the first place. The court had respect for the parties’ personal autonomy and in this case the parties were held to the terms of the pre-nup save for an adjustment to achieve a fair outcome to meet the wife’s needs (awarding her 12% of the overall assets). In our view, this case highlighted that a party’s ‘needs’ continued to be a trump card but when a party has agreed to restrict their claims i.e. by entering into a pre-nup – the ‘needs’ become a less and less generously interpreted trump card.

In Brack v Brack the Court of Appeal concluded that, whilst an outcome that is limited to providing for the party’s needs may be considered to be ‘more likely than not, that does not prescribe the outcome in every case’ and the High Court Judge was wrong to limit himself to approaching the case on a needs basis only. The Court of Appeal highlighted that ‘Even when there is an effective prenuptial agreement, the court remains under an obligation to take into account all the factors found in s.25(2) MCA 1973, together with a proper consideration of all the circumstances, the first consideration being the welfare of any children.’ The implication being that if a pre-nup is found to be unfair, potentially, everything is up for grabs. The Court of Appeal have sent the case back to the High Court Judge for him to further consider the wife’s claims for financial remedy in light of their Judgment.

This latest case highlights the importance in getting your pre-nup right. It is important that your pre-nup is fair to avoid the situation where a court is obliged to consider the s.25 factors (i.e. length of the marriage; ages; contributions; standard of living; earning capacities; financial resources etc.) and award a settlement far greater than that intended. Clearly it was never going to be fair that, as in Brack v Brack, a wife end up with just 5-6% of assets of £11million.

Here at Josiah-Lake Gardiner it remains our strong advice to enter into a pre-nup, particularly where you have pre-acquired wealth (a legitimate reason for entering into the pre-nup) whether from inheritance, a former marriage or the fruits of employment and savvy investing.

However, as Brack v Brack shows, it is important that your pre-nup is well thought through and provides for the needs of the other party so there is fairness and therefore a greater chance that you and your spouse will be bound by it.